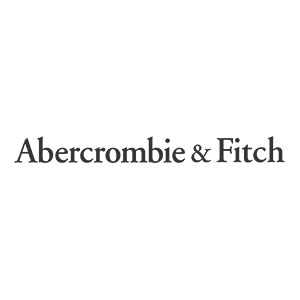 Abercrombie & Fitch is an American lifestyle brand that has been around since 1892. The first store, founded by David Abercrombie and Ezra Fitch, sold high-end sporting and travel gear in Manhattan. After the company closed in 1976, it was revived by Texas retailer, Oshman’s Sporty Goods in 1978, who purchased the Abercrombie & Fitch name, operating mainly as a mail order company, the first fashion business to do so, with boutiques across America. Later, in 1988, the company name was purchased by the American clothing company, The Limited, and re-branded to a high-end casual luxury clothing and lifestyle brand for the youth market.

Abercrombie & Fitch stores are distinct, with white molding, black louvered doors, a high-energy soundtrack and dim lighting. The Abercrombie & Fitch men’s fragrance Fierce is sprayed throughout the store and on clothing, giving a distinct and instant olfactory experience while shopping.

The first Abercrombie & Fitch fragrance, Woods was launched in 1997, but it was the release of Fierce for men in 2002, the company’s best-selling fragrance and store’s signature scent, that put them on the map as a fragrance house. They also market fragrances for women, and consider Perfume No. 1 to be its signature scent for women

Abercrombie & Fitch stands for effortless American style. Since its inception, the brand has been known for its attention to detail with designs embodying simplicity and casual luxury, and bringing its customers iconic, modern classics with an aspirational look, feel, and attitude.