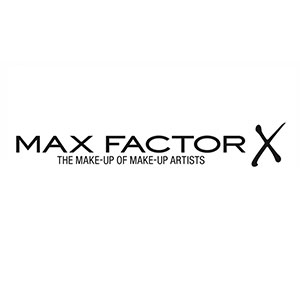 Max Factor is an American cosmetic company, founded by Polish-Jewish Hollywood make-up artist born in Russia, Maksymilian Faktorowicz (1877-1938). He founded Max Factor & Company in 1909. He was a pioneer in motion picture make-up and wig-making and won a special Academy Award for his work in 1928. His clientele included some of the old Hollywood’s most famous stars such as Bette Davis, Gloria Swanson, Mary Pickford, Pola Negri, Ben Turpin, Jean Harlow, Claudette Colbert, Norma Shearer, Joan Crawford and Judy Garland. That earned him a star in the Hollywood Walk of Fame.

Max Factor remained a family business until it was sold to Norton Simon in 1973. During that period, among other products, they launched Halston fragrance, which became the second best-selling designer fragrance in the world. In 1983 Norton Simon was bought by Esmark that merged with Beatrice Foods a year later, which placed Max Factor into their Playtex beauty division. Playtex beauty division was bought by Revlon in 1986. Revlon sold Max Factor to Procter & Gamble in 1991. Max Factor is an old perfume house. The earliest edition was created in 1956 and the newest is from 1988.

Designer Max Factor has around 9 perfumes.